When you look through World War 2 museums, there is always a section about the occupation of France, and more specifically there can sometimes be pictures of the Germans during the occupation of Paris.  Some specific photos that became very famous, were the ones of Hitler at the Eiffel Tower. This is very interesting today, because around Paris there are so many great sights and buildings, that when people go around the city, they do all the same things, such as go to Notre Dame, the Eiffel Tower, or the Arc de Triomphe, but with this some of the other history is forgotten, or harder to find.  The focus of our trip was World War 2, so it was nice to be able to get away from all of the tourists and find smaller museums and memorials that are there to help us remember about the past, and the events during the second world war, which occurred in Paris.  One major event was the round up, which led to the imprisonment of many Jews and others who the Germans did not like.  The Shoah Memorial does a wonderful job creating a place to remember all of the Jews that were forced from their homes in Paris during the occupation, and how terribly they were treated when sent to the concentration camps. 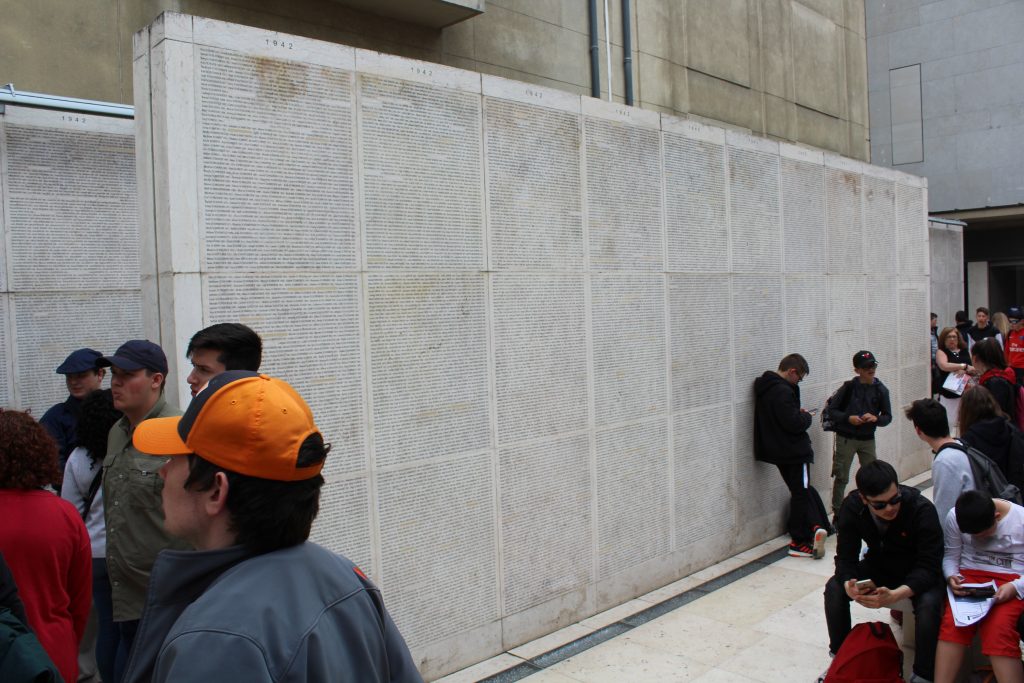 The Wall of Names at the Shoah Memorial in Paris