The beaches and countryside of Normandy are beautiful, yet today it is hard to believe the events that occurred on the 6thof June 1944, but with the memorials, cemeteries and former battle sites, such as Point du Hoc, you are able to catch a glimpse of the past. While the blood is no longer there, at Point du Hoc and on the beaches I still got chills just from thinking about what it would have been like to experience the invasion.  Point du Hoc gives the imagery of an all-out battle, with the numerous holes from shells and bombs that litter the top of the cliff. The many bunkers make it seem impossible for a group of only 225 U.S. Rangers to penetrate the fortified Germans and eventually capture the point. These minimal odds were faced along the beaches as well due to the low tide invasion against the fortified beach of the Germans, but the beaches have much less evidence of this historical day. This is due to the local Normans who have built houses on the premier l and along the coast, right in front of the German bunkers built into the hill.  To counter loss of evidence there was a monument built to commemorate the soldiers who lost their lives before ever able to get a real taste of what France is like. 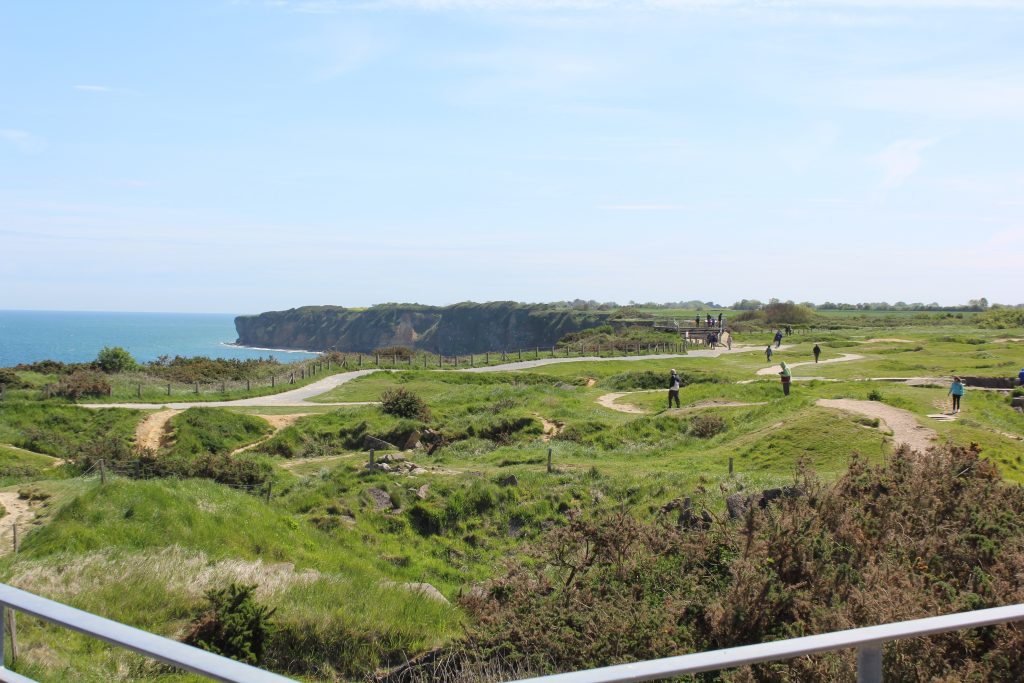