After touring both Deportation memorials in both Paris and Amsterdam, I have a fuller understanding of the conditions Jews had to face before even entering a concentration camp. However, what I found most interesting about these two deportation center memorials is the difference in how they presented information to the individuals viewing the memorial. In Paris, the memorial wanted to provoke an emotional response within all the individuals that went through it. This was displayed in the font used in words etched into the stone building, as well as the dark and small atmosphere. This memorial wanted all who went in to try and feel their pain, although we can not fully comprehend it. It also expressed the sorrow France had for its collaboration with the Nazis. 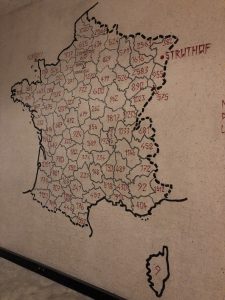