The last museum we visited in the trip was Haus der Geschichte. This museum explained the history of German after the war and to the current era. I love learning about the Cold War, so this museum really peaked my interest. 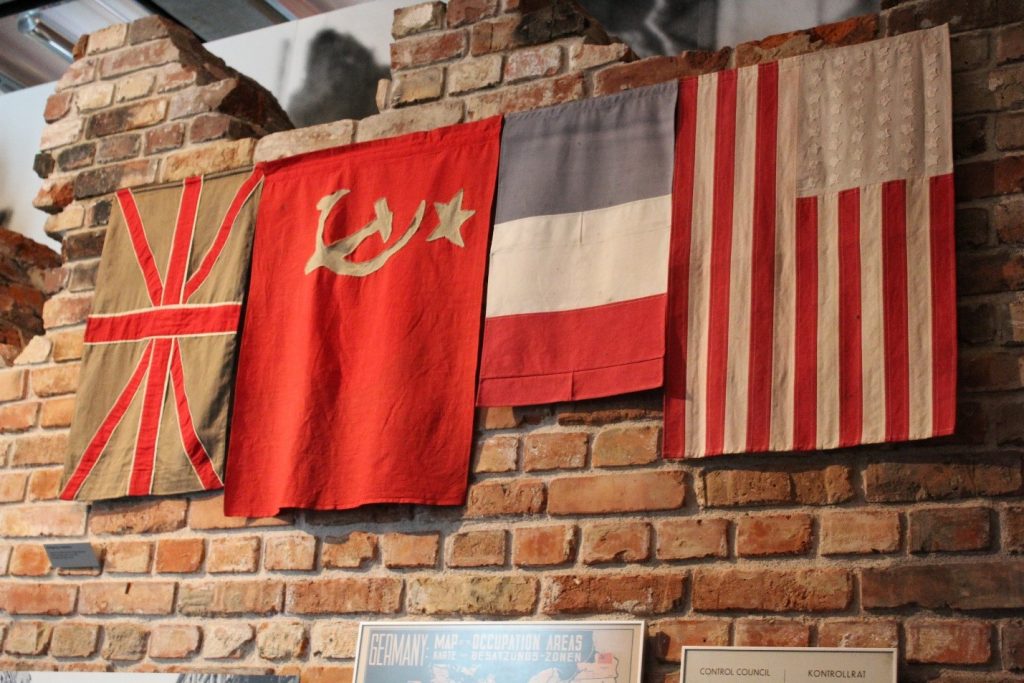 Hanging of the British, American, Russian, and French Flag

The tour guide explained the exhibit of beginning of the separation of Berlin into West and East. This was the beginning of the Cold War that spanned the next four decades. The exhibit of the Berlin Airdrop was inside an original C-47; it showed the different types of goods that were dropped to West Germany to counter the blockade that the USSR tried to push to try to take control of Berlin. 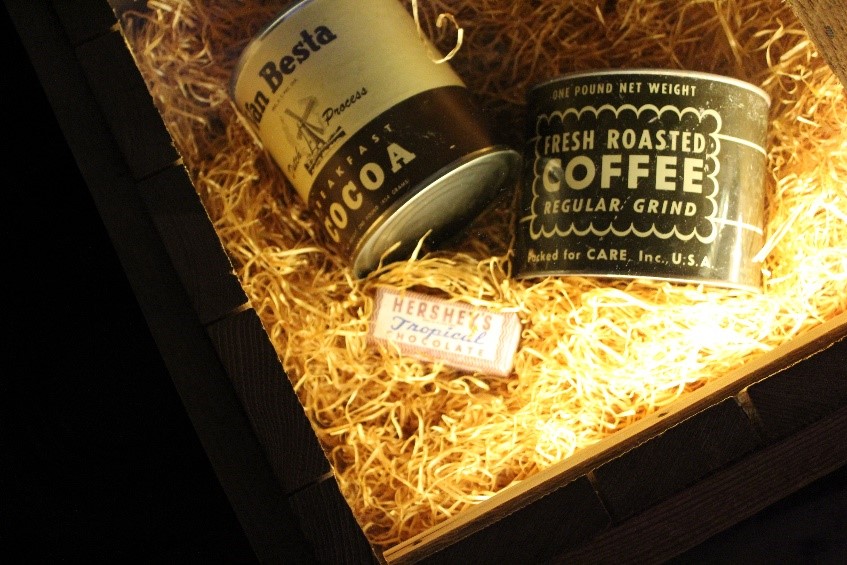 Goods inside a US Care package during the Berlin Airdrop 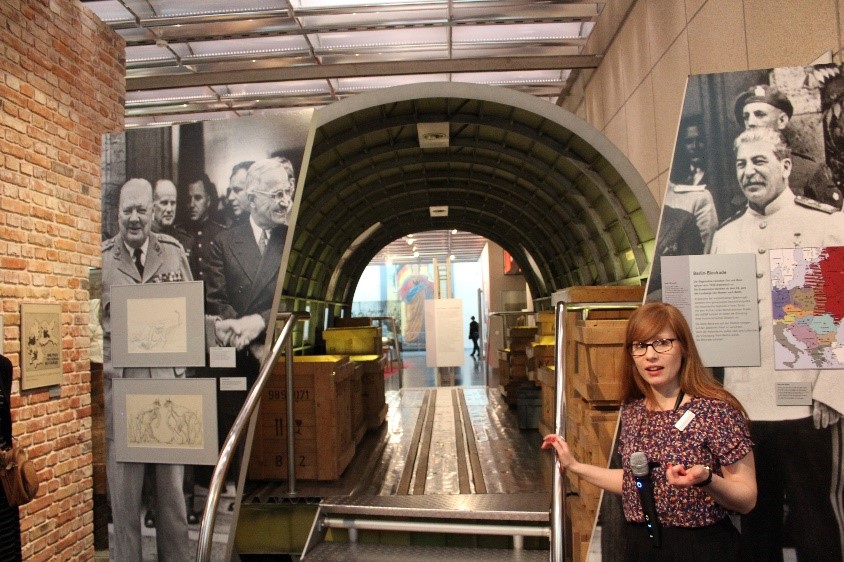 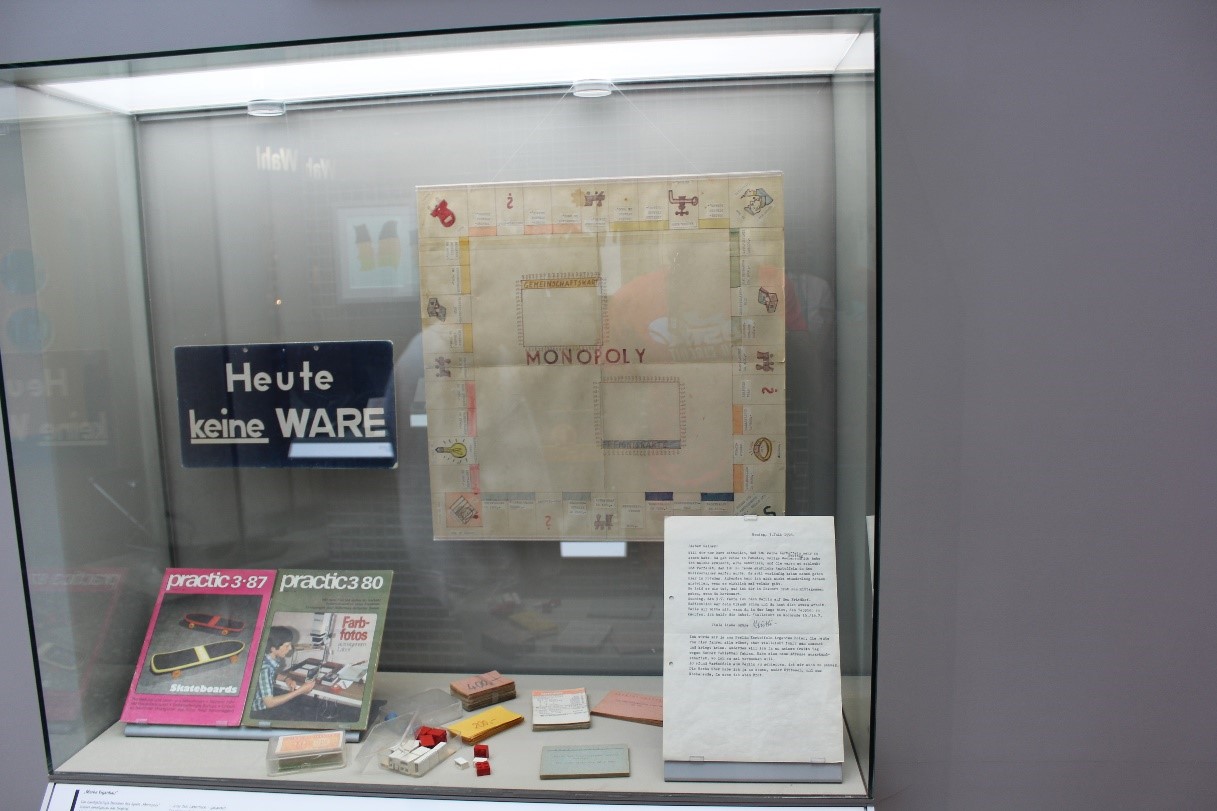 The hand crafted Monopoly board from GDR

I found it interesting that the people who were stuck in East Berlin smuggled goods and ideas from West Berlin. For example, a family smuggled the Lego pieces and photos of the board of Monopoly to recreate the game. The exhibit is seen below.

The most iconic item that the museum had was sections of the collapsed Berlin Wall. The destruction of the Berlin Wall signified the creation of a new united Germany in 89’. 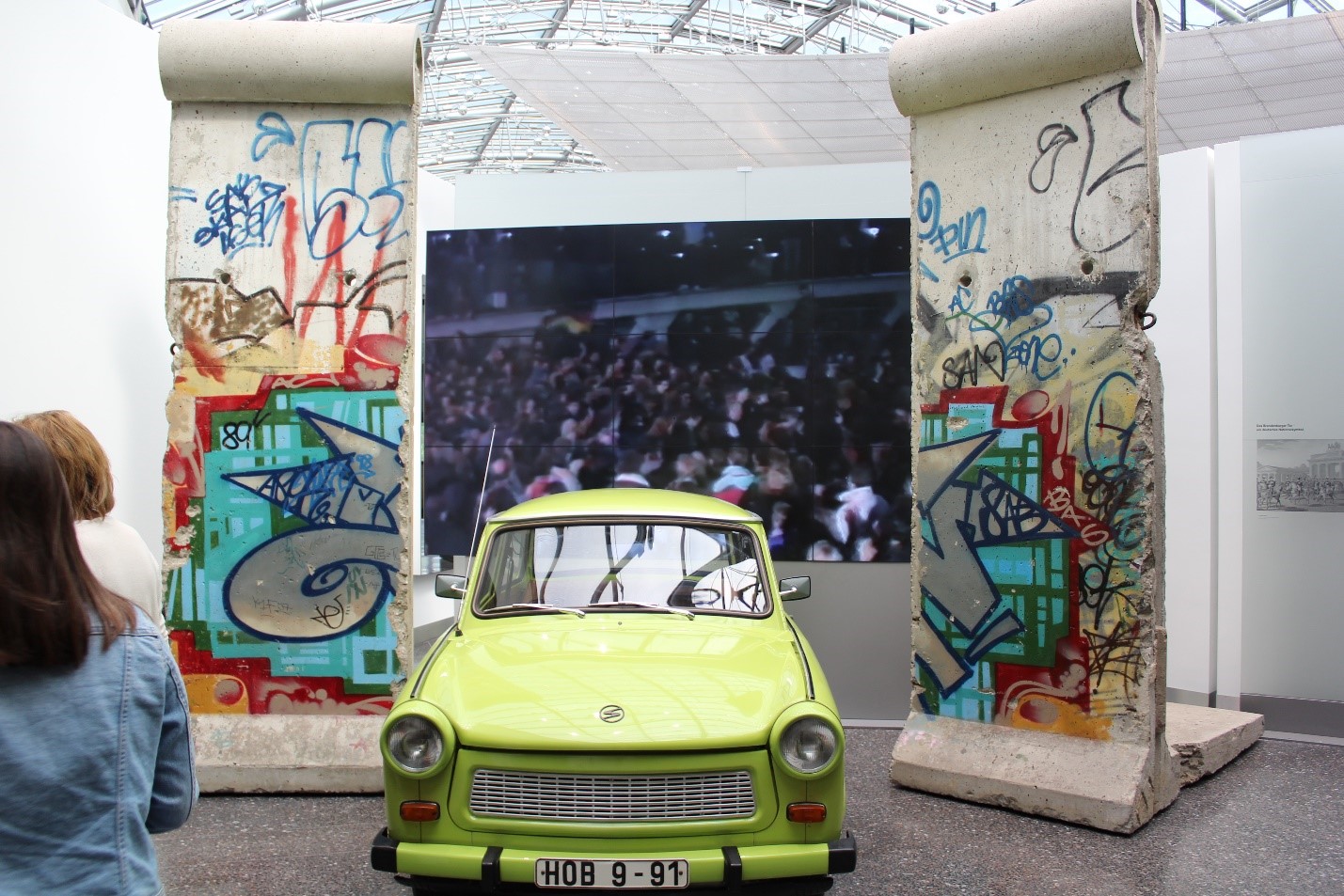 I continued the spirit of the Normandy Scholars as I traveled to Berlin to the Berlin Wall Memorial. Here I am on the lookout of the memorial looking at a section of preserved Berlin Wall. I just find it unbelievable that people were subjugated through a division by a man-made creation. 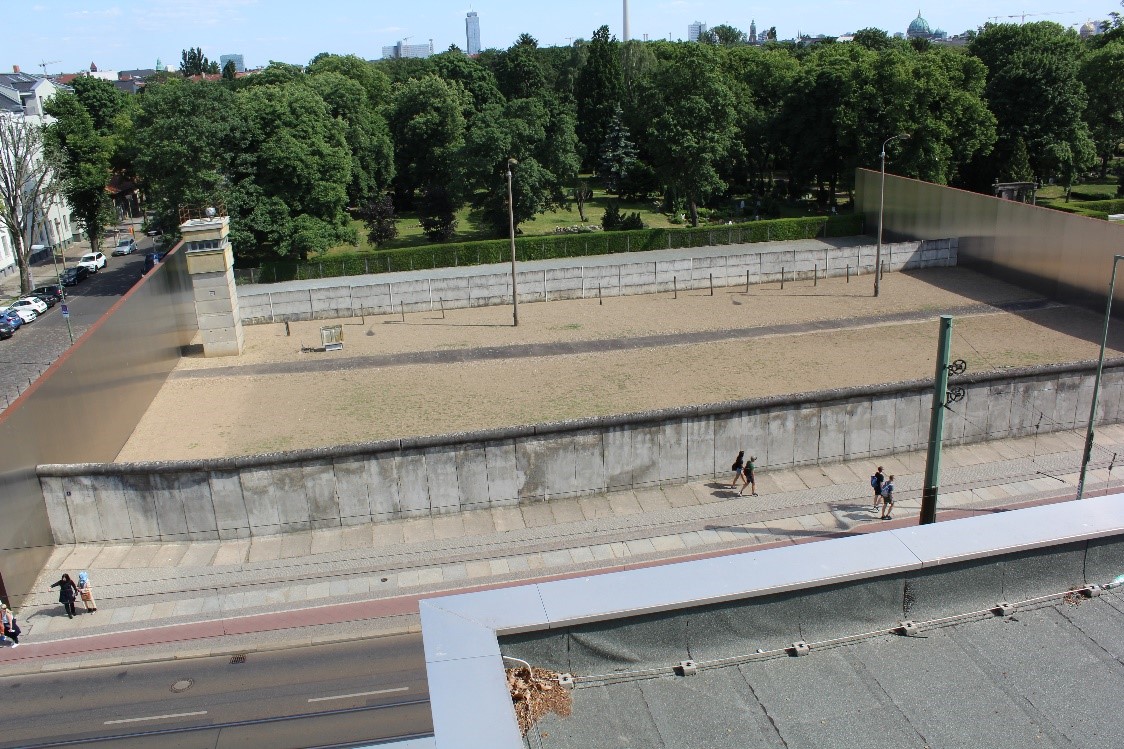 Original and reconstruction of the Berlin Wall and fortifications