Often the most valuable experiences are the unplanned ones. The coordinators, Dr. Griffin, and Alyssa Culp all planned extensively to make sure we saw everything we needed to in order to get the most out of the program. The most impactful experience I had, however, was not on the itinerary. The last night we had in Amsterdam, I decided to go off on my own for the first time. I found directions to a nearby yarn store (I’m addicted to knitting) and took the tram. The store was locally owned, and when I went to checkout the clerk spoke to me in Dutch. After we laughed over the fact that I don’t speak Dutch, she asked me what I was doing in Amsterdam. When I told her I was studying abroad, she seemed really interested and asked more questions. I gave her the Normandy Scholars summary, and mentioned that we were doing things like visiting the Jewish Cultural Quarter and the Dutch Resistance Museum while in Amsterdam. She became still. She hesitated, but then told me that she was born in 1952, and both of her parents were in concentration camps during the war. She told me what I was studying was very important. I had no idea what to say, so I just nodded. We finished our conversation and I left, but I left feeling much differently than I did when I walked in. After 11 days of hearing story after story about European experiences in WWII, I had just witnessed the reality of one. For me, World War II is history. For the Dutch store clerk, it’s still impacting her life. Our brief conversation was incredibly eye-opening and fulfilling for me. I’m lucky to have had an experience that completely summarized the point of the class I took this spring. 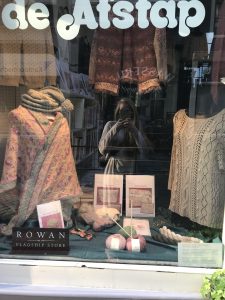