Looking at the city of Cologne now, it is hard to imagine what it would have looked at before the second world war.  While there is still the huge cathedral and the “Altermarkt”, or old market, these few locations are still unable to show how the whole city would have been. 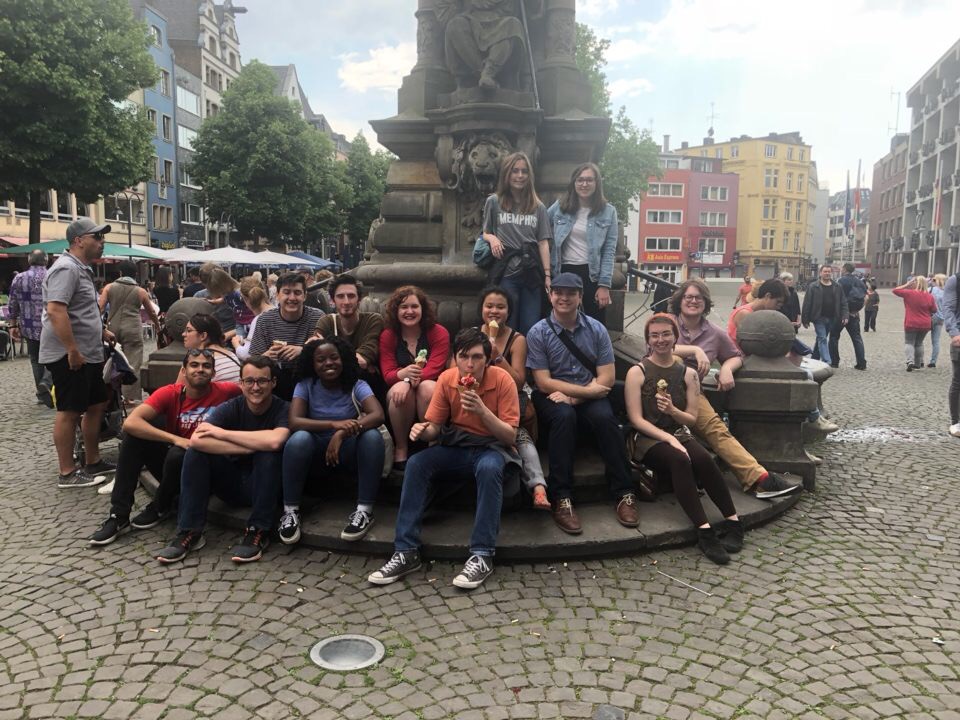 The class in front of a fountain the the old market of Cologne.

Our tour guide told us that around 90 percent of the city had been destroyed by the bombings of World War 2, but at times it felt like that number should have been much higher.  All over the city, it was clear that the buildings were results of the rebuilding period after the war, which created a bit of ugliness around the city, especially compared to the remaining older buildings. After coming from Paris, a city which had not been heavily bombed throughout the war, the contrast in building design and the age of the buildings was clear.  Paris looked as if there was hardly any war damage, whereas Cologne had been heavily hit.  Cologne even looked more damage than London, which also suffered from bombings during the war.  I think the main difference in the two cities, was that since London was much larger than Cologne, it was able to better handle the many bombings.  The smaller Cologne faced more concentrated bombings, that resulted in much more damage to the city.